Meet the Director of TEFL Toulouse

Jonathan Davies is the founder and director of TEFL Toulouse, and still works on all the 4 week TEFL courses. Teacher training has been his life since 2001 when he first co-ran TEFL courses in Barcelona, and before that he was teaching English at the British Council and at Universities in Europe and in the UK. Since 2021 he has been mainly working on our post-TEFL certificate Professional Development Courses, and setting up our in house language school Say It Loud!

He grew up in the 70’s in Exeter in south west England. Aged 22, after working at record shops and as a first generation cycle messenger in London, he did a degree in French and Spanish, which included a 6 month “ERASMUS” year in Toulouse. He followed his degree with a postgraduate qualification to become a teacher of modern languages and TEFL at Bristol University in 1993, then he did the DELTA course (that’s the next course up from our Certificate in TEFL).

He missed the southern European way of life though, and fed up with paperwork and discipline problems in UK schoolteaching,  he decided to move to southern Europe to teach English, and began teaching in Bilbao, then later in Barcelona. After that, he used his UK schoolteaching experience to give seminars about how to manage classrooms of rowdy teenagers during his time teaching at the British Council in Barcelona.  He began to train new TEFL teachers in 2001 in Barcelona, later became the director of a TEFL training centre in Paris.

Missing the sunshine, he headed back south to create  TEFL Toulouse in August 2009, so we recently celebrated our 12th anniversary! 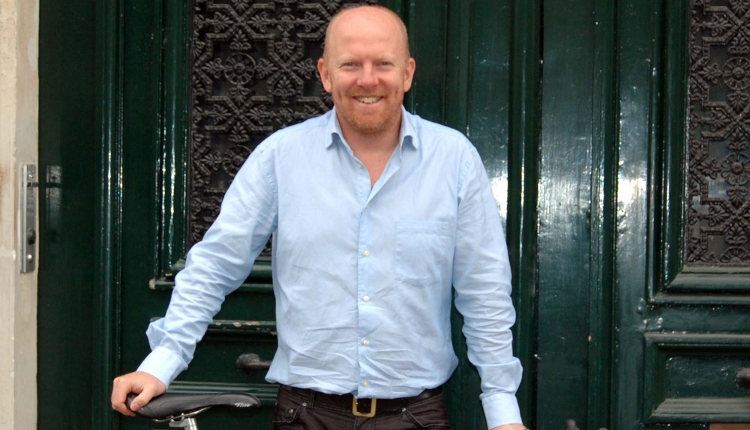 Jonathan  now has 30 years of experience teaching English in France, Spain and the UK. He first fell in love with Toulouse during his 6 months as an exchange student in 1991, so he was thrilled to return to the city 18 years later to offer what has become the biggest and best known TEFL course in the South of France.

He is very enthusiastic about  music, restaurants, food, espresso coffee, wine and cycling. He is a great fan of Toulouse and weekend trips to towns on the Atlantic and Mediterranean coasts, as well as in the Pyrenees mountains, Narbonne and Bordeaux. Who better to welcome you to La Ville Rose!